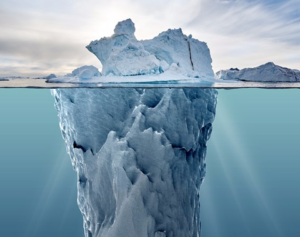 Similar to an iceberg, your DISC identity is like the ice that shows above the surface.  But about 90% of the iceberg is submerged and never seen.  So it is with people.

DISC is widely misunderstood.  It is not a complete picture of your personality.  Its not about what is inside of you. DISC is your communication style, your behavior style. Its how you interact verbally with others.

There are several things beneath your surface that drive your behavior.  These include your personal attitudes, values, beliefs, skills and your identity.   Can an S lead a business? Absolutely based on what is driving the person to succeed.  The business will conform to the behavior style of the leader.

You are NOT a D

Another misunderstanding of DISC is splitting your results into just one letter.  Its obvious that a high D often times ends up at the top of an organization.  I have often heard men claim to be a D when quite clearly their DISC may have only a modest D component.  Their perception of a leader is someone like General George Patton.

Your behavior is typically made up of two dominant drivers although not always.  For instance, if you D is above the power line, then which of the other three will be there as well?  The super task oriented person, perhaps running a research lab or web company, might be a D-C.  That is a totally task oriented person.

However, another high D might have a high I component.  This super people strength will push them more into a sales mode where high people skills and the drive to close the deal are admired.

Even a D can call upon his S mode to soften his or her natural task orientation when dealing with a beloved family member such as a child.

DISC is a Blend of Components

The TTI DISC report blends the four basic components to create over 360 profiles, not 4.  Their highly validated reports give you two views of your behavior style: Natural and Adapted. This helps you understand how far you stretch yourself when adapting to your work environment.  Typically, the more you stretch, the greater your stress.  So yes, you can push yourself into acting more like a D when the situation demands it, but your more natural style might be vastly different.

Set up a time to learn more about DISC.

My business coaching and consulting business wraps all my experience into one package. My goals are to help you meet your revenue objectives. If you have a challenge and need an extra pair of hands, give me a call at 727-204-0035.
PrevNext 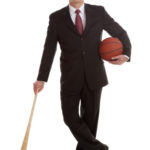 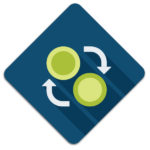 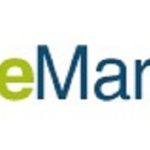 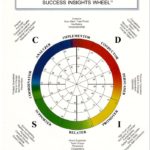